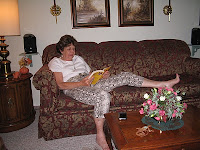 Today, Elnora and I are going to go eat breakfast out at Eggberts and then I need to get some milk at Braums.

Later we will go out to Leslie's and have tea and visit with her.

I don't know what else we have planned but I will get back to this update later. Maybe I will get a photo of Elnora to post

We went to breakfast and then out to Leslie's where Elnora got the grand tour of Leslie's house. from there we went to visit Barbara Walton. We stayed a few hours catching up.

Then we came back home and I fixed a pot of chili. We ate till we were full and then read our books. Here;'s Elnora reading a Scott Peck book.
Posted by Margie's Musings at 8:57 AM No comments: 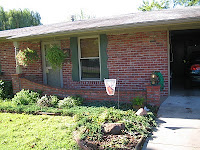 Last night I noticed my flowering crabapple tree was blown down by the wind storm. It was first damaged and John staked it following the last wind storm. I hate to lose it.

More...later
Posted by Margie's Musings at 9:14 AM No comments:

This will be a busy day too. First I will see to my plants and take Slinky for a walk if the weather permits. It rained yesterday and he slept most of the day.

I will go visit my sister in the nursing home at 10:00 and after that attend the ministerial alliance. This afternoon, my friend, Elnora, will be here to stay until Monday. I hope we have a good visit. It has been awhile since I have seen her. Perhaps Saturday we will go out to Leslie's and take a tour of her house.

I have no plans for tomorrow or Saturday. That's a change.

Sunday following church, we will eat out and then drive over to the campgrounds to attend the memorial service for our friend, Bob H.

Perhaps I will have an otherwise quiet weekend.

My sons are getting together this long weekend. Scott is flying to Phoenix to spend the holiday with his brother. They are both looking forward to it.
Posted by Margie's Musings at 6:12 AM 2 comments: 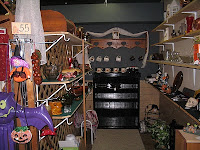 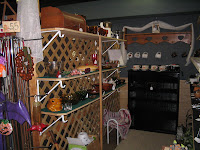 This has been a rainy Wednesday. It started last night with a lot of wind and lightening and thunder. One car business in Centerville (the west side of town) had their roof blown off and the shelter to their cars blown down and the cars hit with that metal roofing materials. What a mess.

Cyndi and I met for breakfast at Eggberts and then went to the Antique Mall to put our stuff out on the shelves. It took us a couple of hours but the rain nearly stopped while we got that done. It looks very neat and nice. Everything is priced. While I was at the market, the mall called to ask about a price. Someone wanted one of my items and after I explained the price, they bought it.
Posted by Margie's Musings at 3:47 PM 4 comments:

I often hear folks complain about their taxes. I understand their complaint.

But today’s top rate of 35% is misleading. The very rich can structure income to look like "carried interest," which is taxed at 15% max. This is how Mitt Romney did it. Plus, when your income exceeds $106,000, you stop paying Social Security tax.

One multimillionaire I used to know received his and his wife’s social security check just like all the rest of those over 65. But they had paid nothing into the program. Those too rich to pay in should not receive a benefit.

I suspect many even here in this area are paying far more than this as a rate. The problem is not that you are paying too much in taxes, but rather that these "other guys" are paying a pittance.

That’s why I cannot understand the reluctance to let the Bush tax cuts for the very rich expire. They still would pay far less then their fair share. And that is one reason why there is no longer a large middle class but there is a large class of low income folk in this country.
Posted by Margie's Musings at 5:07 PM No comments:

I took Slinky for his walk this morning, stripped my beds and washed the sheets, and then went to Leslie's to clean her house.

After that, I went to the church and ran off the bulletins. Then I came on home.

Then I remade the beds and now I am taking care of business.

My sons are getting together for the holiday. The one in Missouri is flying to Arizona to spend some time with his brother. I think that's great!
Posted by Margie's Musings at 1:08 PM No comments:

I started a dozen projects this morning and was interrupted several times with other issues that needed my attention. I began to sort through my old photos for some photos of an old friend that recently died. Then I was interrupted. I washed and waxed my kitchen floor...eventually. I got it washed and then was interrupted. I went to visit my sister. She is being dismissed into Windsor Place today. I stayed an hour. Then I contacted my daughter and asked her to meet me for lunch. We had a good conversation.

My oldest son is back from Minnesota and called me while on his way to an assignment. He couldn't talk long but he is going to have my truck detailed and photoed so list on Craig's List. I want $4500 for it. It's a nice black truck. It is a 2000 Ford Ranger with a little less then 100,000 miles on it. It had a bed liner, a bed cover, steps, a Cd player and automatic transmission and cruise control. It also has two new tires on it and a new windshield. It's nice and clean. I wish I could keep it but I need the money worse then I need the truck.

If he doesn't sell it on Craig's List, he will bring it home to me this November and I will list it on Open Line 69.

Now I must finish my cleaning and fold out my clothes from the dryer. I also want to blow off the patio. Once again, Slinky did not get his walk today.

I did get the lawn mowed. I am going to clean at Leslie's tomorrow. Her daughter-in-law and grandchild are going to Topeka to visit the other grandparents. They will be gone a week.

Wednesday Cyndi and I can put out our "junk" at the antique mall. We will have breakfast first at Eggberts at 9:30.

I will visit my sister at the nursing home on Thursday morning...before the ministerial alliance meeting at noon. Then my company should arrive after 1:30.
Posted by Margie's Musings at 2:13 PM No comments:

I will go to church this morning. I don't know what we will do for lunch afterward. When I get home though, I am going to do some cleaning and also do my letters. Tonight I guess I will just watch TV.

I was depressed last night. I don't know why. Maybe it was the movies I watched on TV. Ghost, Phenomenon, and Forrest Gump. All three were depressing and people died in them. That probably was not too healthy.

Jeff and Cyndi and I met for breakfast at 9:30. I saw Keith Buchele, an old friend from my youth and we visited briefly. He had been over to Springfield with his son recuperating from a bad case of shingles. Then he discovered he had a detached retina and needs surgery on it. When he gets back to his home here, he will call me. Keith will be someone to be friends with. He lost his long time friend, Gerry, about the same time I lost Bob. She had been in a nursing home over at Sedan. She had Alzheimer's Disease.

Cyndi and Jeff came over and picked up some more lumber after we finished. Cyndi discovered that Inky is a male cat. I really don't want Inky but I have him because I fed him when he was starving. Missy is a female cat and she is a hand full. And then, of course, there is Slinky. I did not take him for his walk yesterday and I did not go visit my sister in the hospital either. I was awfully tired after we finished the booth.

It will be a busy week. I will change both beds and launder the sheets and towels on Monday. And I also need to see my sister and Gerry H. They are both still in the hospital. Elnora has decided to come on Thursday. I have Ministerial Alliance on Thursday so she will come in the afternoon. Bob Harper's memorial service is next Sunday and she wants to attend.
Posted by Margie's Musings at 2:26 AM 3 comments: